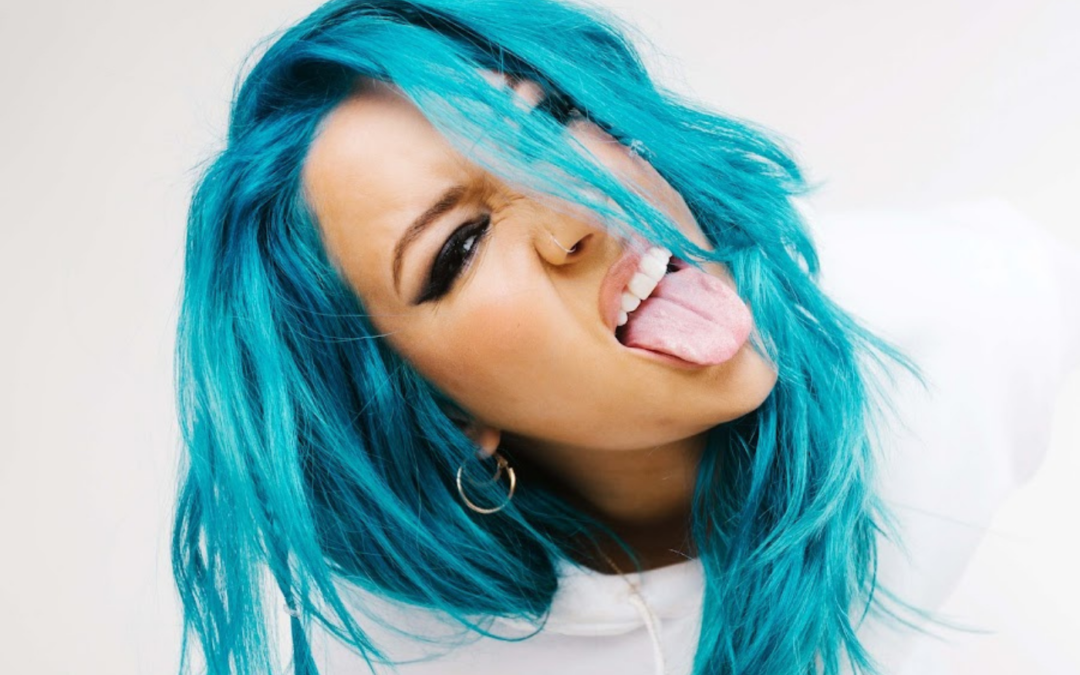 Charlotte Sands isn’t afraid to speak or play loud. In November of 2020, Sands leaked a song called “Dress” that she wrote about wearing a dress on the cover of Vogue. Within hours, the song became an anthem of self-expression for thousands (now, millions) of listeners across the globe. The electric-blue-haired singer/songwriter’s musical career didn’t start with the overnight success of a viral song. At 18, she stole her mom’s car, found a roommate on Craigslist, and left her home in Hopkinton, MA for Nashville, TN, with a plan to take a year off of school before attending Berklee College of Music. She never went back.
She dropped 7 singles from her bedroom in lockdown. Alternative Press named Sands one of “11 rising artists who fine-tuned their sound”. Spotify chose Charlotte for the cover of their year-end playlist, Fresh Finds: Best of Pop 2020 – her catalog amassing over 30 Million Global Streams.
In 2022, you can find Sands spending the majority of her time on tour, opening for artists like , , and . Sands’ personal mission to “create a safe space for people to feel accepted and celebrated for their weirdness and diversity” is something she takes seriously. And as evident by the overwhelmingly positive comments that flood her social media, her fans take pride in championing her as they recognize how she champions them.