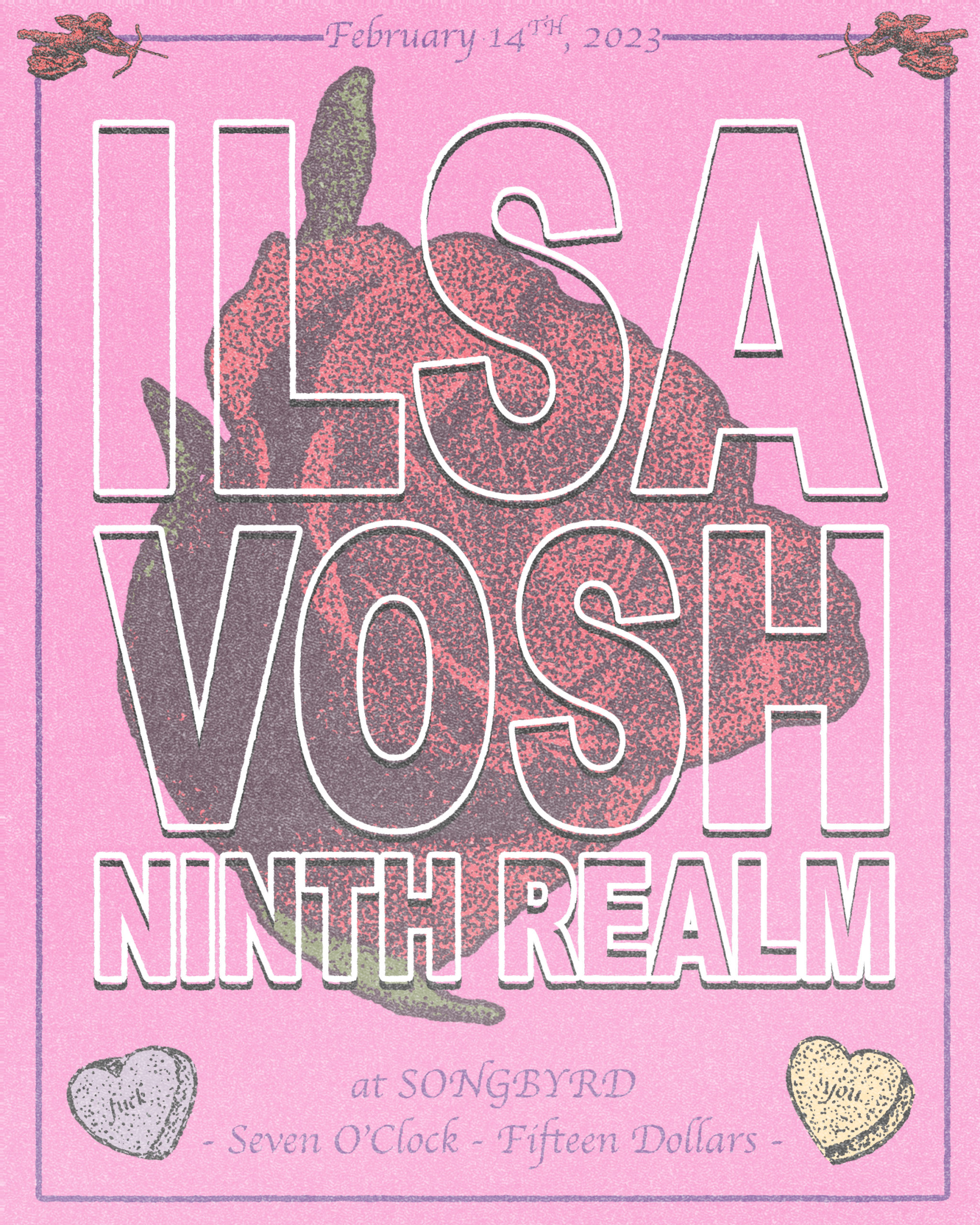 On ILSA’s new album, Preyer, the Washington, D.C. band embraces sonic pummeling like never before. Recorded as the world shuttered away in 2020, ILSA harnessed the fears and uncertainties of troubled times, and used these as driving forces for their unnerving metal’s raw, chaotic, and whipping intensity. The result is a new full length that delivers overdoses of crushing doom and menacing death metal.

The ghost of the Satanic murderer Sean Sellers still haunts the band. The notorious killer was the first and remains the only person executed in the U.S. for a crime committed under the age of 17 since the reinstatement of the death penalty in 1976. “These songs were written with his life in mind,” the band states. “Sean’s story is an exploitative intersection of religious, media and state authority, culminating in his 1999 execution for murders committed in a state of self-described “Demonic Possession.”

But make no mistake, Preyer is not simply a narrative or concept album. Remaining true to ILSA’s punk ethos, Preyer serves as a cathartic condemnation of a Christo-fascist society, a corrupt class dimension, and the evil cruelty behind it all. “Preyer is a wringing of these themes for the sweat and stink. Power’s destructive force, love and other extremist positions, religious fanaticism, depression & mental illness, social order and control.”

In the midst of the darkness that continues to take hold, ILSA remain observant and pull no punches. With tracks such as “Poor Devil”, “Shibboleth”, and the album’s title track, the band are poised to release one of the year’s most vicious offerings from the underground.

Hailing from Washington DC, VOSH (formerly known as Aertex) was built to explore an amalgam of influences that range from Bauhaus to early Ministry to Sisters of Mercy to Zounds to Killing Joke to latter day titans Nine Inch Nails. And while a wide reaching and generic term such as “synth pop” or “darkwave” could be applied to the effort in broad strokes, the drama, intensity and excellent songwriting evokes something much deeper, more sinister, and darkly beautiful.

After decades of playing in celebrated punk, hardcore, and extreme music bands, veteran drummer Chris Moore (Repulsion, Coke Bust, The Rememberables) was itching to explore new musical endeavors. Looping in friend and indie favorite Carson Cox (Merchandise, Death Index, etc), Moore began writing but was missing a crucial part of his new project VOSH – the voice. Little did he know that he’d be breaking one of his own personal rules in choosing the best front person for the project. “I’ve always wanted to start a band on the goth/new wave side of things but it’s never been my focus until recently,” recalls Chris Moore. “I think the key element there was that I needed and was always in search of the right singer– a strong vocal to act as a guide and tie it all together. The more I thought about Josie, the more I was sure that she was the missing link.”

In this case Josie (Josephine Olivia) is Chris Moore’s partner, with the pair having entered a romantic relationship just prior to VOSH’s formation. As a rule, Moore avoided crossing personal and professional with respect to making music, but he trusted the strongest feeling that he had in this case –the one from his gut. It was telling him that Olivia was undoubtedly the right choice. Formerly of Blacksage, Josephine Olivia fit seamlessly into VOSH with an ethereal vocal that is both otherworldly and bursting with the candid realism of tangible emotion, pain and longing. After founding member Cox left VOSH to return to his hometown of Tampa (to eventually be replaced by Pat Vogel of Rashomon and Sick Fix), it became more and more apparent that the chemistry between Chris and Josie would not only be crucial, but would form the heart of the band.

Vocalist, lyricist and front person Josephine Olivia is the musical centerpiece for VOSH, mixing the dreamy and ethereal approach of Hope Sandoval or Alison Shaw (Cranes), the versatility of David Bowie, and the commanding power of greats like Siouxsie, Diamanda Galas or Lisa Gerrard (Dead Can Dance). Olivia’s vocal sails above it all, presenting haunting melody after haunting melody in a dramatic and forceful manner that nods to voices from goth, dream pop, indie and possibly some places that you’d least expect.

Maryland-based crossover thrashers Ninth Realm might be newcomers to the scene but with a debut album like “A Fate Unbroken” they are about to change the landscape!
Formed in 2018 & after releasing 2 EPs and a recent 2022 demo “Ondreis MMXXII” the band have set out their first full-length with “A Fate Unbroken”.
When it comes to Ninth Realm it’s really hard to put a final point on the band’s genre.
Yes, you could drape them with the crossover term but the band & this album is so much more. It’s a massive hybrid, that blurs early thrash like Slayer & Demolition Hammer with the hardcore roots of say Cro Mags with the grim sounds of Celtic Frost & Venom.
So to say Ninth Realm is just a thrash crossover band it’s a massive understatement & this album shows you why.
https://www.washingtonpost.com/music/2023/01/11/ninth-realm-interview/