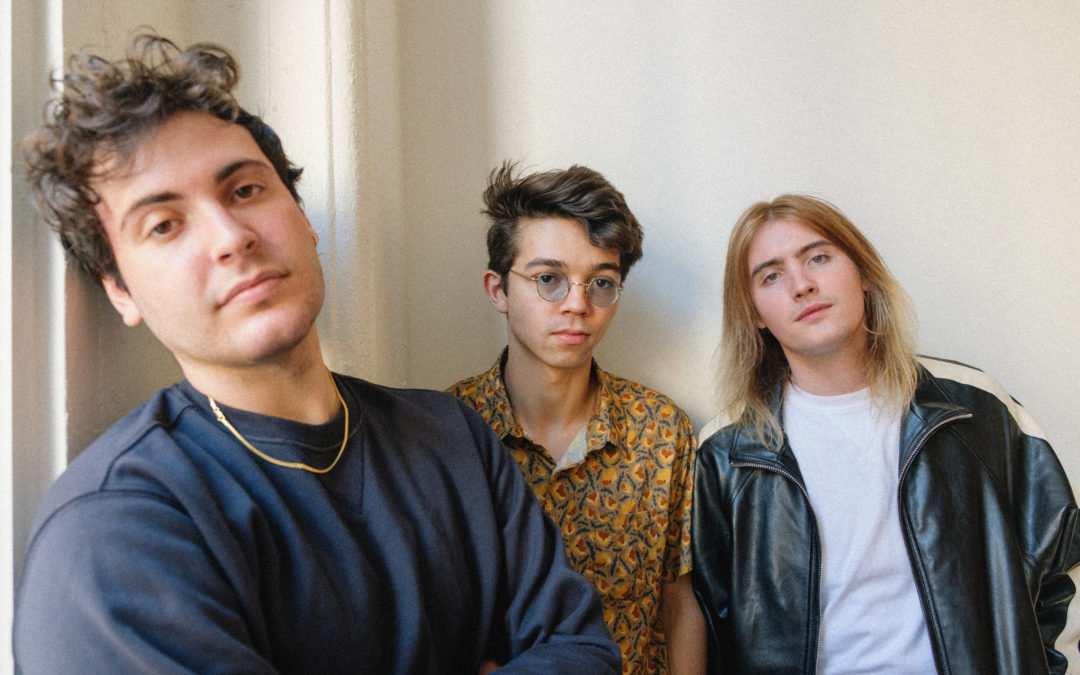 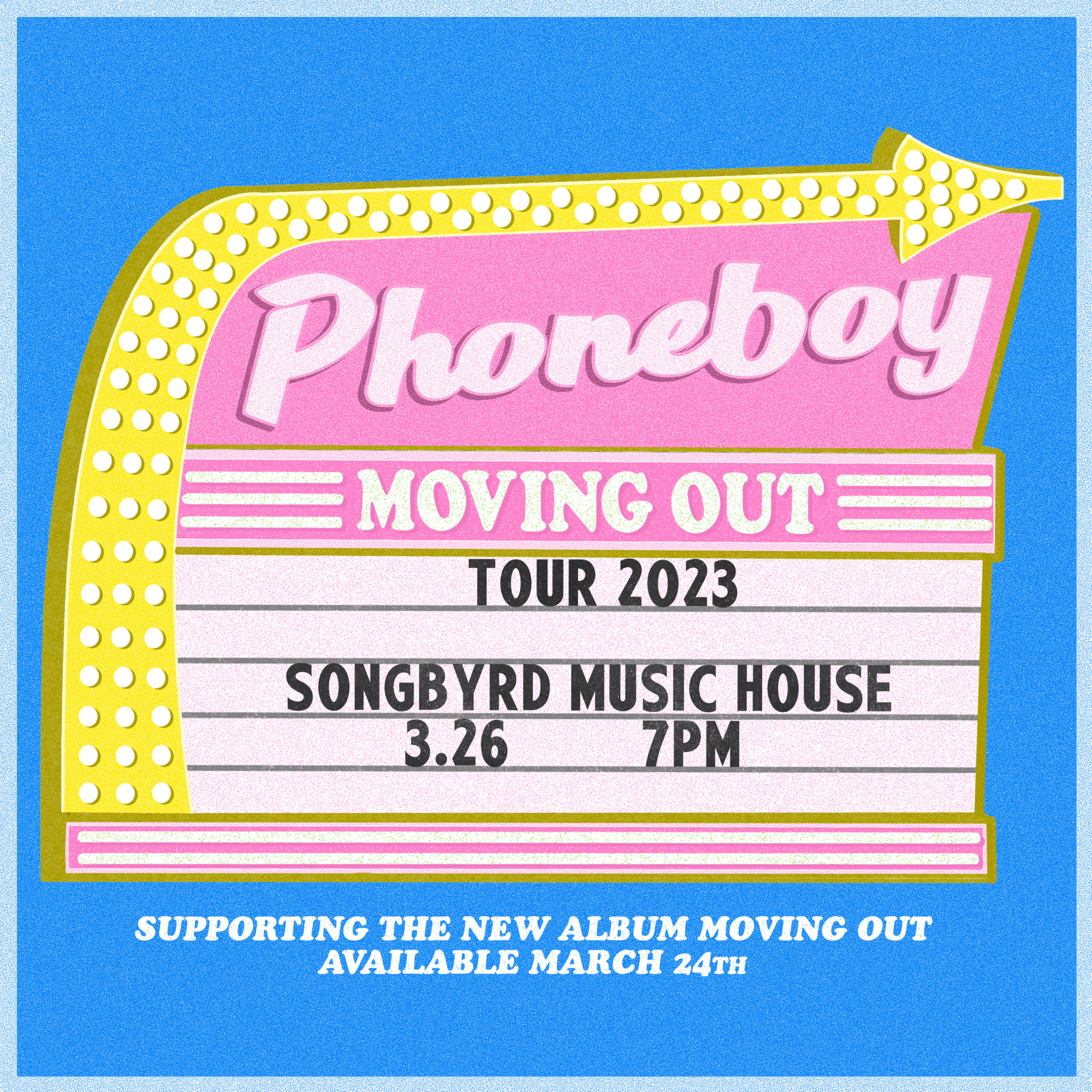 1 someone consumed with their phone, unable to tear themselves away from a distraction

Fresh out of school and poised on the verge of adulthood, Phoneboy’s sophomore entry accentuates the power-pop elements of their earlier releases while honing in on a drum-tight enthusiasm that’s defined their signature sound. The appropriately named Moving Out collects a wise-beyond-their-years bittersweet Gen-Z sensibility of a generation forced to contend with not just typical adolescent grievance, but a world continually inundated with ephemeral fame, transient praise, hollow accolades, oh yeah and a global pandemic. Yet as dour as the circumstance, Phoneboy astounds with yet another record chock full of undeniable toe-tappers and bittersweet bangers determined to fuel get-togethers from blowouts to dormroom dance parties..

In an age of hyper-stimulated doom-scrolling and over-polished social media stars, humble New Jersey three-piece Phoneboy are all about putting down the phone and living in the moment.. Singer/guitarist Wyn Barnum and Ricky Dana met at a technical college without much of an indie scene and pulled in Wyn’s childhood friend, bassist James Fusco. While in undergrad the three college boys bonded over a love of midwest emo and first built their band to soundtrack the semester’s keggers.

As students at a small technical school where indie bands aren’t so common, the ‘Boys don’t distinguish between their friends and their fans. “We respect artists who want to make music just for themselves, and it’s not like we don’t, but we trust our friends the most. If they like the song, we know it’s good.” And it’s not just their friends who like it. Phoneboy’s early efforts quickly earned a following on social media. Serving as a de facto street team, classmates shared the band’s breakout, ACID GIRL far and wide. Before they knew it these floppy haired crooners had racked up over a million streams across the web. It’s the kind of word-of-mouth buzz that makes you think the internet wasn’t such a bad idea. “There’s definitely a tension there,” says Wyn, speaking to social media. “There’s all this distraction, all this fake fun everybody’s pretending to have, but at the same time the discovery potential is insane.”

More sonically articulate than their pop-punk predecessors, these fresh-faced friends mix in more mature influences like the Arctic Monkeys, the Strokes, Frank Ocean, M83, Carseat Headrest, Megan Thee Stallion, and even Billy Joel– studying pop music with maybe more enthusiasm than their majors, they polish their influences into  a new collection of all killer no filler super catchy party bops road tested on vaulted stages like Mercury Lounge and House of Independence.

The latest single FERRARI introduces our protagonist with a thousand faces, a youth on the verge of adulthood. Faced with the responsibilities of adulthood they yearn for those carefree highschool days, singing “I just wanna make a couple hundred thousand/ Put all my friends in one big house and/ Party like we’re never gonna see tomorrow/…Honestly I’m hoping that I see tomorrow.” Buoyed by incessant synth strings and wide open production, the track estoles naive fantasies just to realize that  “all I ever wanted was carpool karaoke with the illuminati…now I never ever wanna be famous.” But with more hooks than a tackle box, Phoneboy may soon learn you can’t always get what you want.

You wouldn’t call them old souls, but Phoneboy’s youthful exuberance is deepened by an already wisened sense of pop-production and advanced song craft. Almost shockingly self-aware, these boys are ready to put down the phone  bust out beyond TikTok. With this collection of perfectly crafted hip-shaking singalongs, maybe we can all take a break from the endless notifications, the mindless distractions, and the soul-sucking social media fatigue and finally get back out on the dancefloor for one last dance, and then another, and then another.