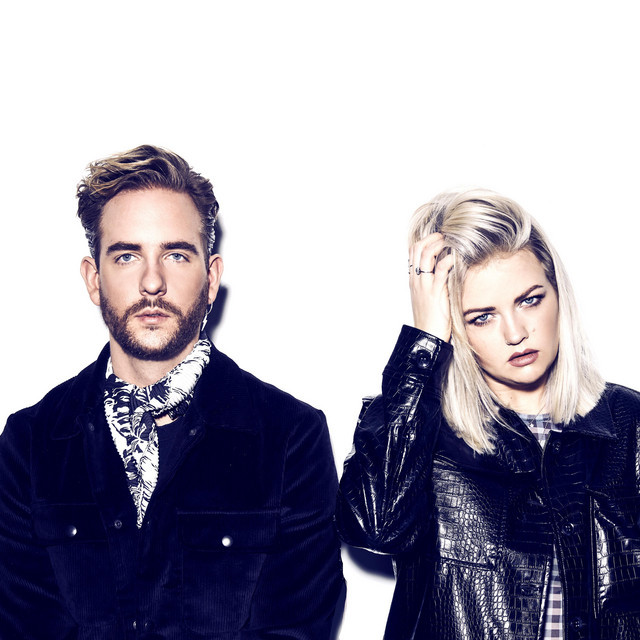 Smith & Thell are a Swedish Grammy-winning pop/folk band based in Stockholm, Sweden. The duo, composed of Maria Smith and Victor Thell, first met one another as young teenagers at a local music event in their hometown of Helsingborg in Southern Sweden.

Their debut album Soulprints was released in 2017. The follow up international hit single, Forgive Me Friend, came in 2018, and led the band to signing its first major label deal with the storied American label, Arista Recordings. Smith & Thell’s sophomore album, Pixie’s Parasol came via Arista Recordings in 2021, and featured the hits Forgive Me Friend, Hotel Walls, Year of the Young, and Goliath. The album has now accumulated over 200 million streams on Spotify alone, and this success has led to Smith & Thell sharing stages across the world with bands such as The Head And The Heart, Young the Giant, and Fitz and The Tantrums.

Smith & Thell have simultaneously established themselves as one of Sweden’s most sought-after songwriter and producer duos. They won the 2020 Swedish Grammy award for Composer of the Year, and their writing credits for major label artists, including Jennifer Lopez, Ava Max, Martin Garrix, Rauw Alejandro, Alan Walker, and NOTD among others, account for over 3 Billion global streams.

The duo has been honored with a slew of awards, including the Denniz Pop Rookie of the Year (selected by Max Martin), Los Angeles Musexpo New Emerging International Artist, and Swedish Rockbjörnen Best Group 2021.