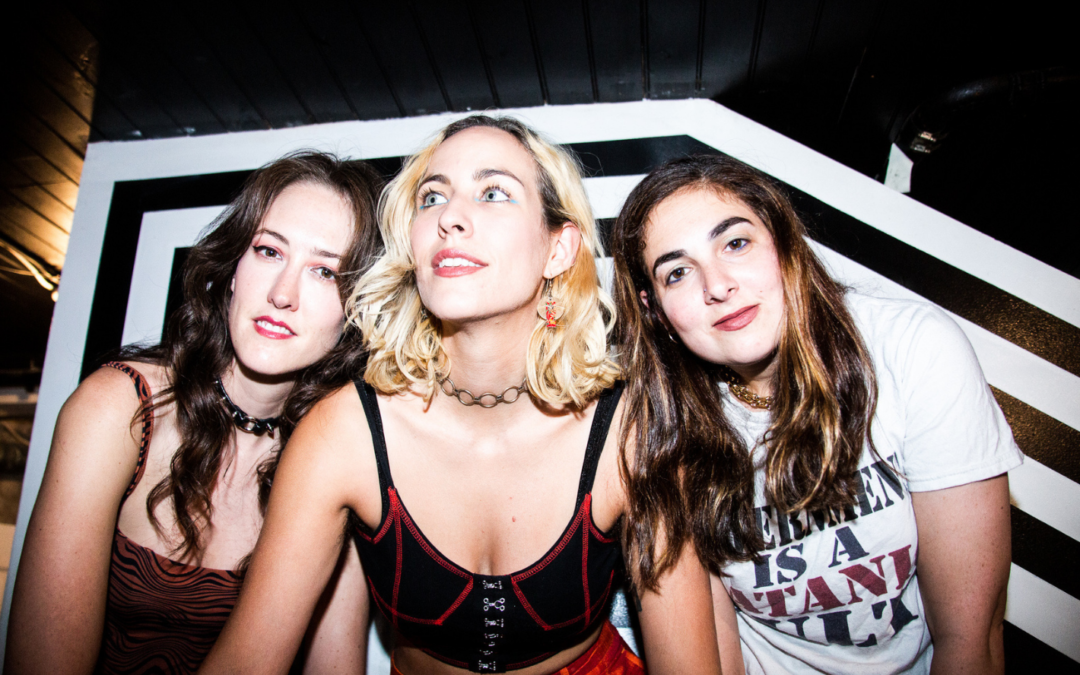 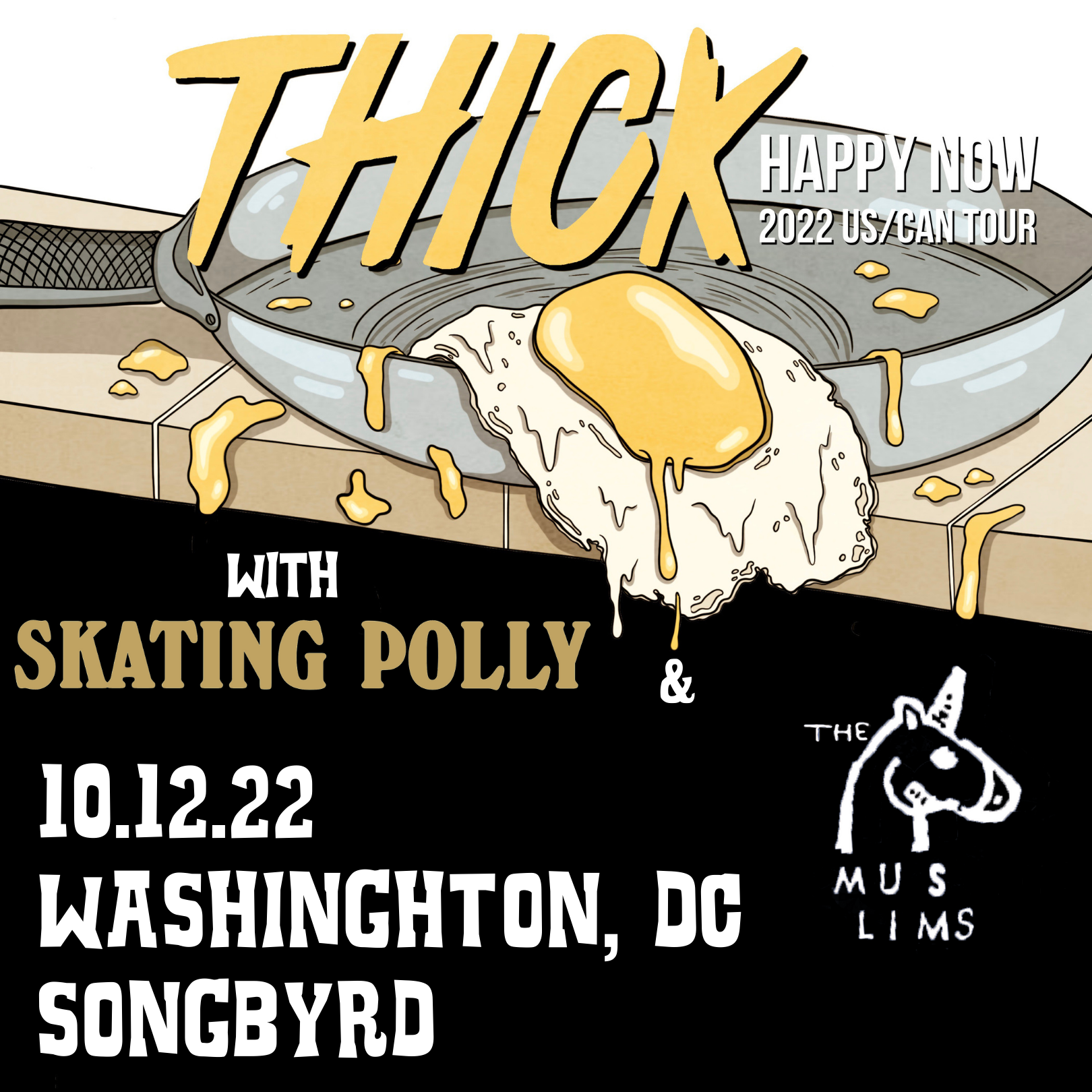 Since first forming in 2014, New York trio THICK have triumphed at turning the harshest truths into wildly exhilarating punk songs. On their second album Happy Now, vocalist/guitarist Nikki Sisti, vocalist/bassist Kate Black, and vocalist/drummer Shari Page deliver their most complex and confessional work yet, exploring everything from self-sabotage and insecurity to victim-blaming and destructive relationships. Raw, irreverent, and brutally honest, Happy Now ultimately offers both joyful catharsis and much-needed instruction for living well in turbulent times.
“Most of our songs lean toward optimism, even when there’s a lot of pain in them,” says Sisti, who refers to THICK’s output as a “living diary.” “It’s not about toxic positivity or trying to force yourself into happiness; it’s about recognizing that it’s okay to feel a whole spectrum of emotions, and then getting to the other side and really growing from your experiences.”