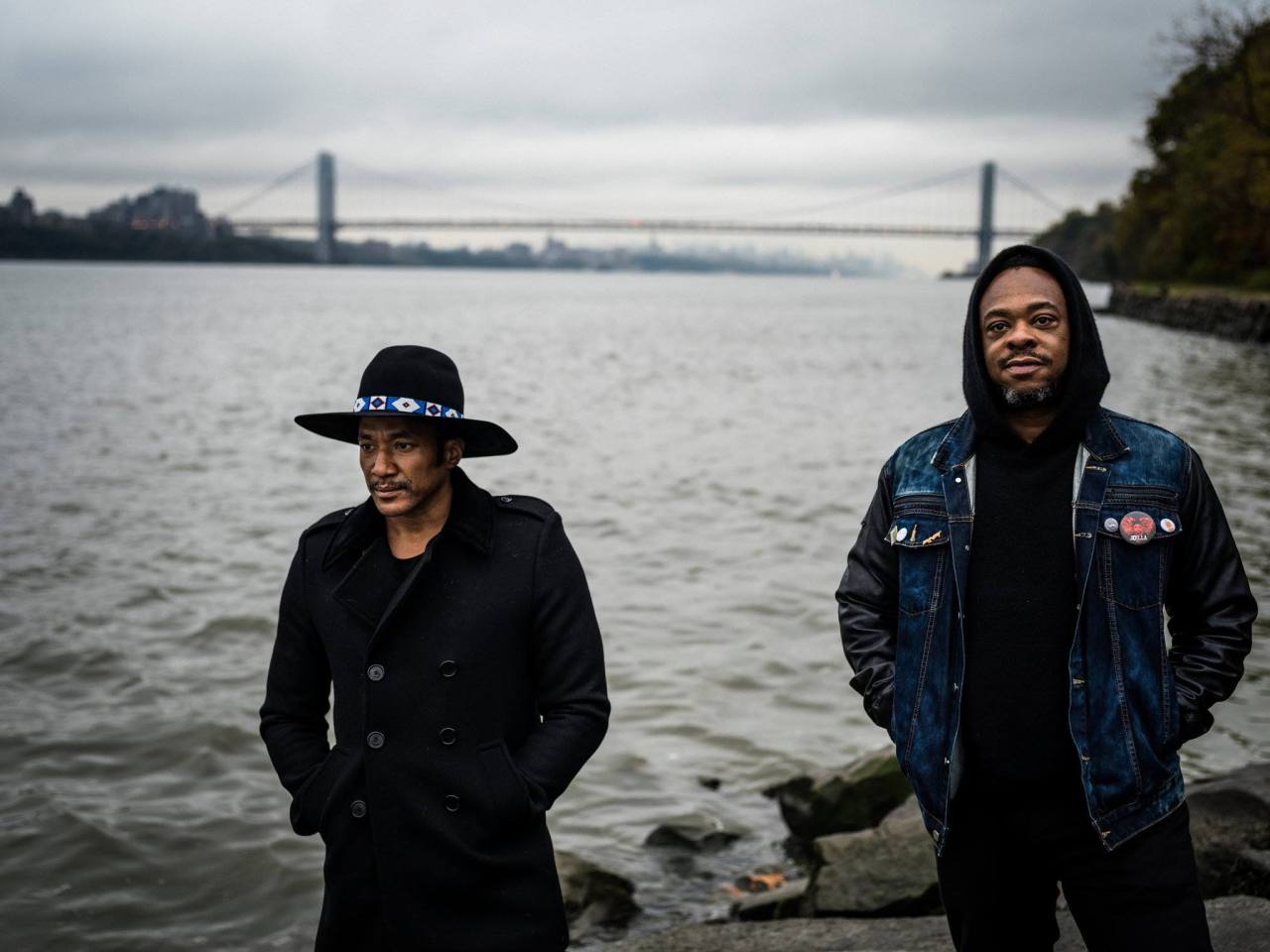 No, The Pleasure Has Been Ours

Those expecting a vintage, golden-era throwback A Tribe Called Quest album probably aren’t core ATCQ fans to begin with. No disrespect—Q Tip said in 2011 documentary Beats, Rhymes & Life that his goal has always been to “not preach to the converted, but go out and crusade for more”—but appreciating the latest and last Tribe album, and first in 18 years, requires an understanding of context that goes far beyond the music itself.

Beats, Rhymes & Life documents ATCQ’s rise to prominence, importance to hip hop culture and the ultimate implosion of the group, largely due to the deterioration of the relationship between Q-Tip aka Kamaal the Abstract and Phife Dawg aka Malik Taylor.

Watching that film is both joyous and painful for Tribe fans who fell in love with their music in large measure because of the perfect musical, lyrical and, yes, spiritual, synergy between the two front men. ATCQ both captured and spearheaded a cultural movement within hip hop that focused on playfulness, fun and consciousness. Along with their Native Tongue brethren, Tribe launched and sustained the “Golden Era” of hip hop that caused an explosion in the genre and carries through to virtually all hip hop that we hear today.

And then, as Chinua Achebe puts it, things fell apart. Without dissecting the dynamics that led to the end of ATCQ as we knew them, sufficed to say that the flame burnt out at some point between the making of Beats, Rhymes & Life (the album) and “The Love Movement” (which was anything but). While the film hints at some manner of reconciliation between Tip and Phife during Phife’s battle with diabetes, ATCQ fans were left unsatisfied. How did the pulling back of the curtain on this failed partnership retroactively impact our impression of the music we love? What did the deterioration of this group mean about the sustainability of love and friendship? How are we to endure the idea that Phife passed away without having reconciled with his lifelong partner in rhyme?

And then the news broke—Tribe would be releasing We Got it From Here… Thank You 4 Your Service. Before even hearing one Ali Shaheed base line or one pop-culture-laced lyric, a victory was at hand. In a New York Times piece about the new album, Q-Tip is quoted as saying “He [Phife] came here, and we was bonding,” Q-Tip said. “We went through all of the stuff and apologized, and it was just so good, man. We were so back.”

It is through this lens that this album must be viewed. Unlike closely related act De La Soul, who dropped a new album of their own “… and the Anonymous Nobody” in 2016 (what’s with these mouthful album titles?!?), ATCQ was OVER. They hadn’t made music together in 18 years. Unlike De La, who kept their flame alive through the 2000s with highly slept on albums “Art Official Intelligence: Mosaic Thump”, “AOI: Bionix” and “The Grind Date”, ATCQ and their “golden era” genius had long since been extinguished. Anything contained inside this album is mere gravy to what this album represents for hip hop, for friendship and for the evergreen chance at reconciliation.

Starting with ATCQ’s prior work as a baseline for comparison, “We Got if From Here… Thank You 4 Your Service” is probably most akin to their post-classic work on BR&L and TLM or late 90′s soundtrack work on High School High and Men in Black, meshed with some of Q-Tip’s solo work on Amplified and The Renaissance. “Dis Generation” contains those familiar hot-potato-lyric-passing verses over a smooth-knocking beat that might remind us of “The Jam” on “Beats, Rhymes & Life”. Lead track “The Space Program” contains some of those sweet, keep-it-moving beats and rhymes that harken back to standout tracks from “The Love Movement” like “Like it Like That” or “Pad & Pen”. And “We the People” gives us something a little grittier to snap our necks to, reminiscent of alt-Tribe tracks like “Phony Rappers” or “Hot 4 U”.

Perhaps where the new album makes its most interesting sonic contributions is with “Solid Wall of Sound”. Over perfectly looped Elton John vocals and nicely layered instrumental work, the boys offer a lyrical pace not previously explored. Granted, the “fake patois” may be a little contrived, but the composition results in a piece that would make fans out of new 2016 listeners.

Content-wise, the new album is certainly more outwardly political than any prior ATCQ work. As a sign of the times, this content makes sense, but it is never what ATCQ really loved or wanted from Tribe. Paraphrasing Angie Martinez from the 2011 documentary, Tribe was never about “Fight the Power” or “Fuck the Police”… we had other groups for that… Tribe was about expression and upliftment using the best tool out there: fun.