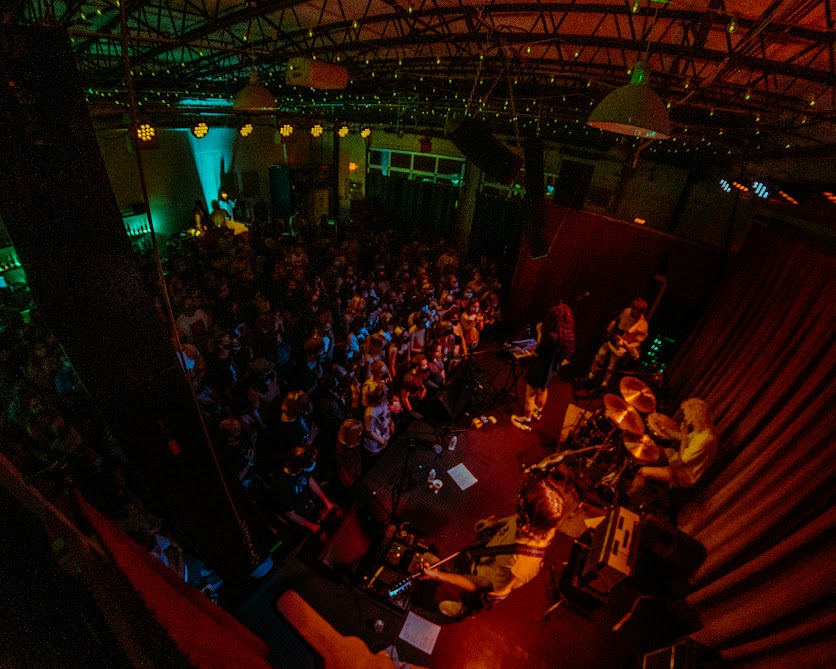 Songbyrd Music House (aka “Songbyrd”) is a 200-capacity live music venue, bar and restaurant in Washington, DC’s Union Market neighborhood and member of the National Independent Venue Association (“NIVA”). Songbyrd was named Washington D.C.’s Best New Venue in 2016 and Best Place for Dinner and Live Music by the Washington City Paper in 2017, 2018 and 2019 and is rapidly growing market share and building interest from music-forward Washingtonians and beyond.
In just six years at it’s Adams Morgan location, Songbyrd has proven itself as an incubator and launchpad for an eclectic mix of up-and-coming local and national bands looking to gain a foothold in the Washington, D.C. region. Songbyrd has hosted the likes of Khalid, Shaed, Jessie Reyez, Moonchild, Earthgang, Tyler Childers, Big Thief, Homeshake, Tank & the Bangas, Lauv, Lil Peep, Free Nationals, Rapsody, Xavier Omar, The Beths, Coast Modern, Slum Village and Main Source, just to name a few of the artists that gave Washington D.C. music lovers their “I saw them when” moment.
In addition to all the amazing live music, Songbyrd focuses on bringing intimate alternative music events and experiences to Washington D.C., such as album release events, listening parties, artists signings and meet & greets, music trivia nights and more. Songbyrd has been the Washington D.C. outpost for the worldwide album listening and appreciation platform Classic Album Sundays since 2016 and has hosted artist signing events with Charli XCX, All Time Low, ODESZA and others. Songbyrd’s regular alternative music event programming includes hip hop x kung fu film mashup series “Can I Kick It?” from the Shaolin Jazz team, renowned vintage vinyl dance party Ritmos Raros, classic R&B listening series The R&B Club and others.

The Songbyrd bar & restaurant is where music fans of all stripes can fuel up before, during or after one of our live shows or events and serves as an every night haunt for music lovers
looking for low-key fun with our jukebox, regular DJs and other music-related events to go with a carefully selected menu of beer, wine and cocktails.

Songbyrd works closely with its sister store Byrdland Records (located at 1264 5th Street, N.E. in the Union Market neighborhood) to fuse and align music experiences and fan opportunities for exclusive vinyl records, special in-store performances and other events and initiatives that bring artists and fans together in celebration and appreciation of our highest and most transformative art form: Music. 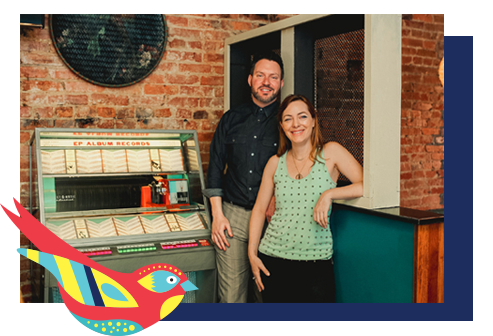 Songbyrd opened its doors in Adams Morgan in 2015. Co-owners Joe Lapan and Alisha Edmonson long dreamt of a sacred but approachable music space that was welcoming and comfortable for music fans of all stripes. Alisha is the great niece of Arizona Music Hall of Fame inductee Travis Edmonson, one-half of famed mid-century folk-comedy duo Bud & Travis, while Lapan was simply that kid who camped outside of record stores so he could be the first to grab the new album from his favorite bands.

At its Adams Morgan location, Songbyrd has carried on the tradition of the famous Showboat Lounge, an essential Washington D.C. jazz club that existed at the location from the late 1950’s to the early 1970’s. Showboat Lounge was home base for influential local jazz artist Charlie Byrd. Charlie Byrd and his band were the house act at Showboat while Byrd was making regular State Department sponsored trips to Brazil to facilitate diplomacy through the fusion of American jazz and Brazilian samba and then recording the classic album “Jazz Samba” in 1961 at All Souls Unitarian Church with Stan Getz. In addition to Byrd and Getz, Showboat Lounge hosted the likes of Vince Guaraldi, Dizzie Gillespie and Bob Dylan and was a known hangout for Jimi Hendrix during his time in Washington D.C. in the summer of 1967. The spirit of Showboat Lounge has guided Songbyrd since its inception.

Like all music venues in 2020, Songbyrd was forced to close and substantially limit operations as a result of the COVID-19 pandemic. Songbyrd worked closely with NIVA and Washington D.C. music stakeholders to help #SaveOurStages while also producing virtual shows and content and investing in a vintage pickup truck, known as the “Byrdmobile”, to put on mobile, outdoor shows to help uplift the city.

In 2021, Songbyrd embraced change and growth with the decision to move to the Union Market neighborhood. In the wake of the COVID-19 pandemic and in response and anticipation of ongoing trends in the independent music industry, the Songbyrd team sought out a more “airy” space that could be located near Byrdland Records and couldn’t be more excited to write the next chapters of the Songbyrd story…

Get your rest, but don’t sleep! This week at The

Songbyrd Music House has been nominated for a @wam