How the co-owners of Songbyrd Music House would spend a perfect day in D.C. 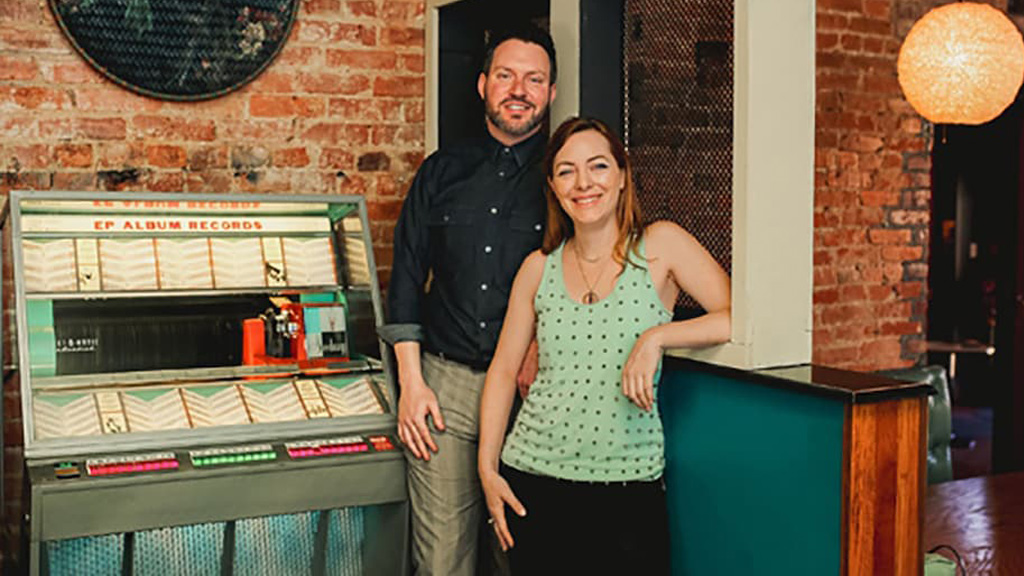 In D.C. Dream Day, we ask our favorite people in the area to tell us how they would spend a perfect day in the District.

“I love the intimacy of Songbyrd, and we’re still going to keep that,” says Edmonson. “The pandemic is not going away, we’re just going to figure out how to stay healthy and safe. The space that we’re relocating to allows us to be that, and be more adaptable.”

Songbyrd will take over Coconut Club’s former location on Penn Street NE and will continue to host the eclectic lineup of up-and-coming acts that drew longtime patrons to Adams Morgan for the past six years. The exact date of its grand opening in Northeast is still to be determined, but in the meantime, Edmonson and Lapan will reopen Songbyrd’s original location on Aug. 16.

On the couple’s dream day, when they’re not shuttling back and forth between their two businesses, the Crestwood residents would indulge in their favorite food and drink spots — and go back in time to catch an artist they missed during the pandemic. 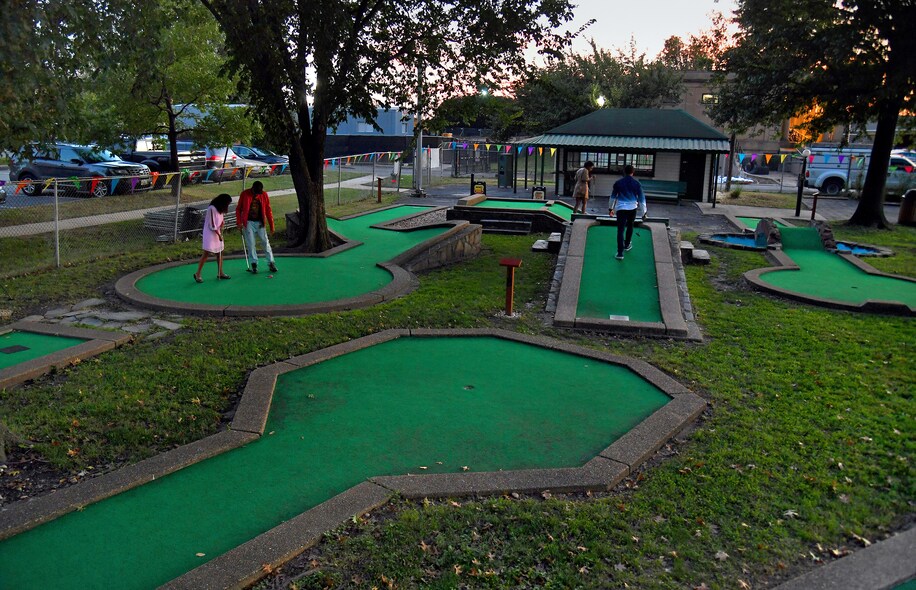 Joe Lapan: We would probably wake up and brew ourselves some coffee. We have a favorite local roaster, Others Coffee. Brain Rapp, the artist, started the roasting company and it’s really good.

Then, we would take our two dogs over to Rock Creek Park. We like to find some of the woodsy, secluded parts of Rock Creek Park and walk the dogs, spend some time out there.

Alisha Edmonson: My favorite breakfast spot is Jimmy T’s on Capitol Hill. It’s like stepping back in time, it’s so classic, it’s like an old-school diner in the ’50s. They know everybody that comes in, and an omelet is still like six or seven bucks. It’s just simple, fun and kind of relaxing to me.

Lapan: We would then head over to East Potomac Park. I’m a golfer, Alisha is more of a mini golfer, so we would like to compromise. East Potomac has mini golf set up over there, it’s a nice spot in the heart of downtown D.C.

Review: Bubbie’s Plant Burgers are a delicious testament to the power of teamwork

Edmonson: It’s so good. The co-owner [Margaux Riccio] makes the cheese and cream, everything is homemade. She’s kind of a genius. 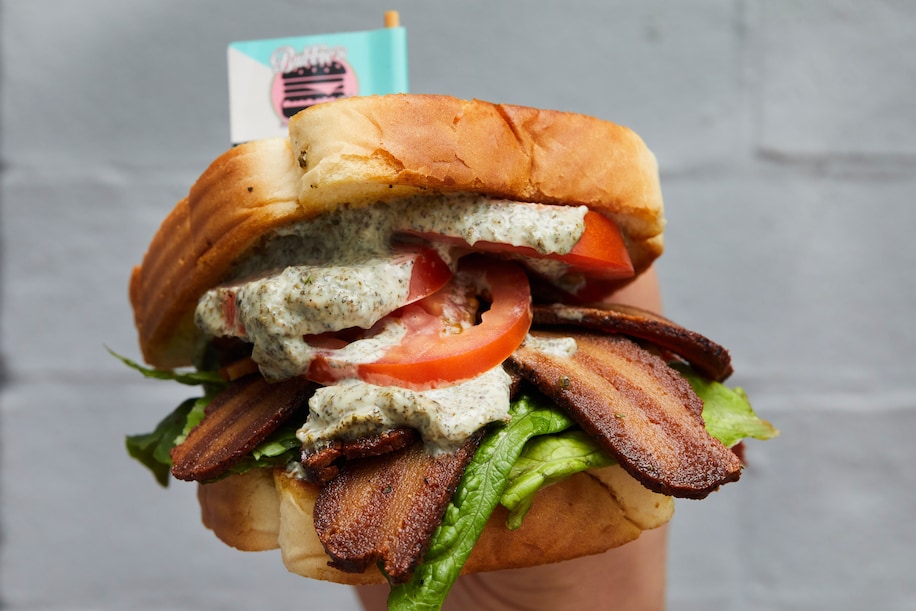 Lapan: We both love the National Building Museum. The space is beautiful. Alisha and I both have somewhat of a real estate background … and we love architecture planning and things like that. They also have a lot of really good programming.

Edmonson: With my original background being in sustainable architecture, I’ve been to a lot of small exhibits and classes in there, and Joe and I have been on a couple [of] dates there when we first started dating.

Lapan: Speaking of the National Building Museum, or just being downtown in general, we would check out “Can I Kick It?” with Shaolin Jazz. They’ve done it downtown at Freedom Plaza, but then this year, they were also doing it outside the National Building Museum. The basic premise is DJ 2-Tone Jones live scores some type of kung fu or action film to classic golden age hip-hop.

Edmonson: Somehow he makes it funny. He picks films that are fantastically a little over the top — it’s a lot of fun. 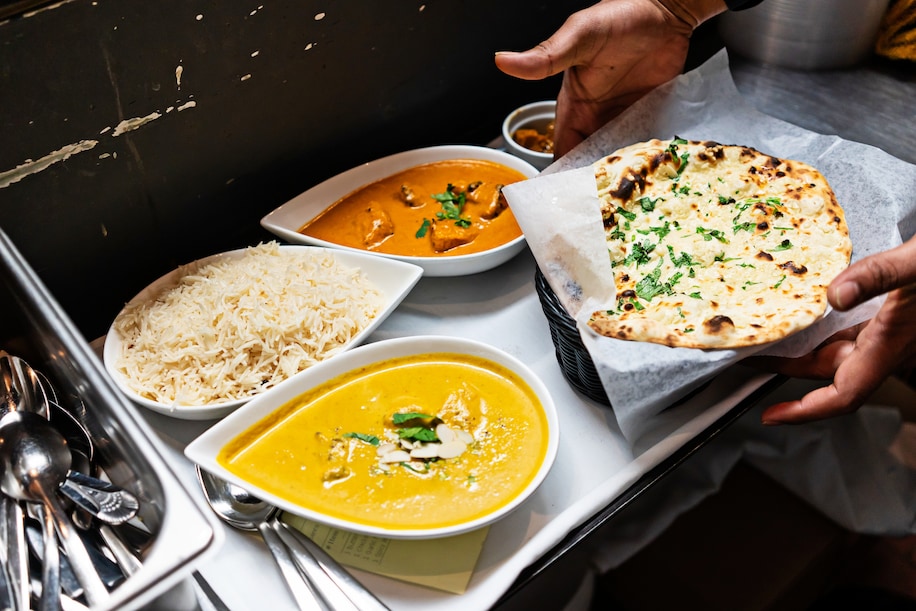 Butter chicken (rear), chicken pista korma and naan about to leave the kitchen at Pappe. (Scott Suchman/for The Washington Post)

Lapan: Now we’re into dinner time, and our pick is Pappe, the Indian joint on 14th Street NW. It honestly has the freshest flavors for Indian food that I’ve had. It’s a place that we’ll go to with friends that either live outside of D.C. or just as a special occasion.

Edmonson: We took a friend there who had just gotten back from India, and she was just over the moon at how good it was.

Lapan: We would definitely go browse records at Byrdland or check out a show at Songbyrd in the evening. Especially if they’re going to be near each other, we would do both. 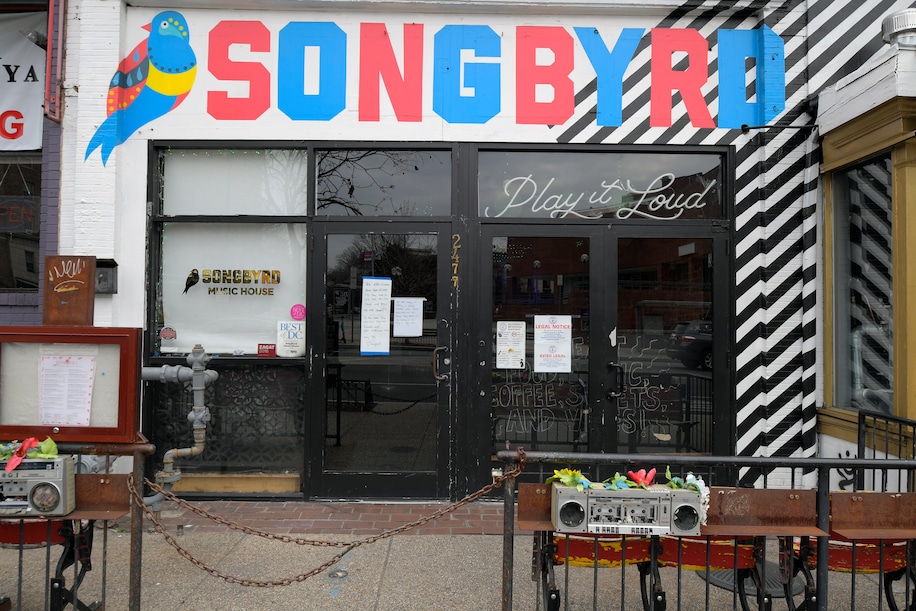 Edmonson: I would like time to go back during my dream day. We never announced it, but do you know what contract we had out when we had to close? Arlo Parks. If I could go back to one day in 2020 and redo it — without a pandemic — it would be a soundcheck for Arlo Parks. That’s actually my favorite thing is listening to soundchecks, making sure the artist is happy.

Lapan: Before going back home to the dogs, we would get a drink at Cotton & Reed. We like all the homemade rum, and the outdoor patio with a nice, cold cocktail would be a perfect evening drink spot. And then we’d have our nightcap at the Neptune Room as we head back to Northwest. Neptune Room is dark and divey, and they would probably have a good vinyl DJ playing. That would be a good last spot to spend an hour before heading home.