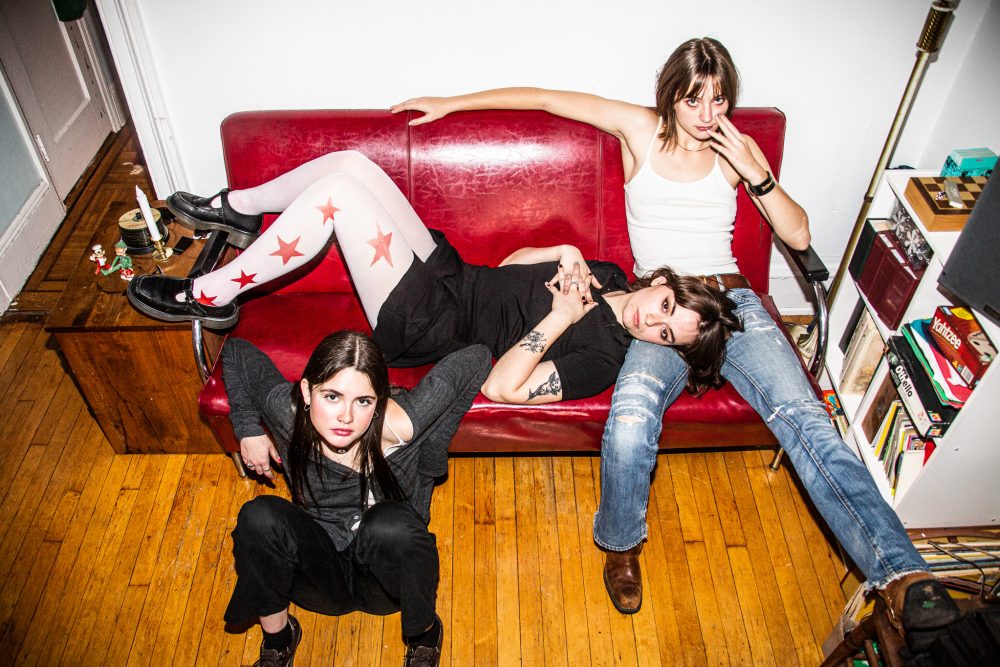 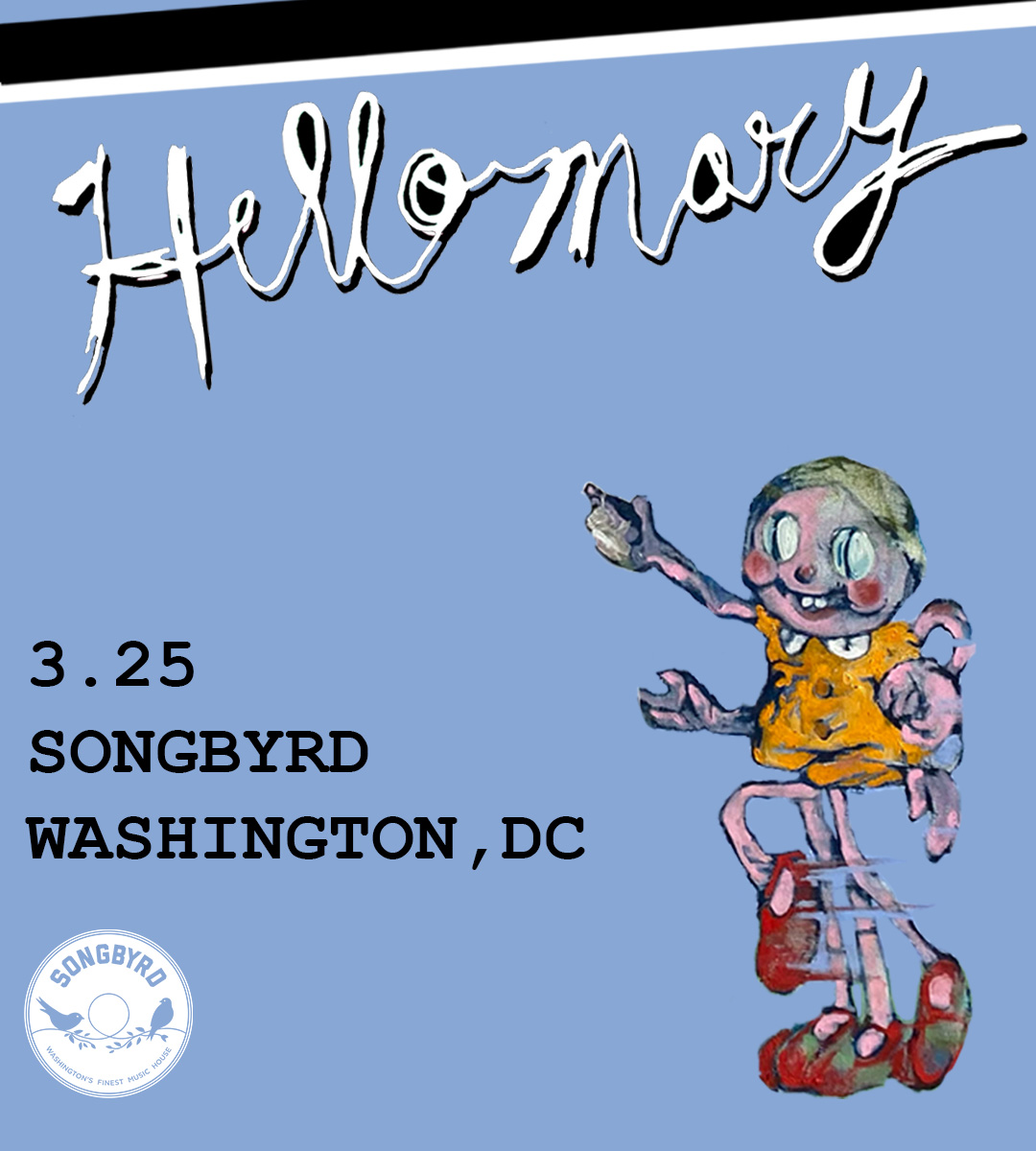 In her essay “On Keeping a Notebook,” Joan Didion writes about documenting the everyday, unexceptional occurrences that make up a life. The point is to remember, in her words: “How it felt to be me.” Notice that, in Didion’s view, a notebook doesn’t chronicle how it feels, but rather how it felt, and this distinction matters, because time passes, feelings change, our memories solidify or they slip away if we’re not paying attention.
Ask the Brooklyn-based Hello Mary what their eponymous debut album is about, and they’ll pause for a long while before responding, not because they’re unsure, but because the answer seems so ordinary, so mundane. “This might sound vague,” drummer/vocalist Stella Wave warns, “but to me, this album is about accepting the state of things as they are at a given moment, whether it’s your relationship to another person or the world around you.” Pinpointing an individual thought pattern, or resounding theme, risks flattening the trio, who write music and lyrics in tandem, knotting their perspectives together into a singular consciousness. “We collaborate on everything,” bassist Mikaela Oppenheimer says, “from our lyrics to guitar parts and even bass and drums sometimes.”
Oppenheimer started the band with Helena Straight (guitar, vox) as freshmen in high school. When they met Wave by happenstance the three became an inseparable unit – as good of friends as they are bandmates. In 2020 they released their debut EP, Ginger and they followed that with 4 additional singles – “Evicted,” “Take Something,” and “Sink In” b/w “Stinge.” It was the singles – which unlike the EP were recorded in a proper studio – that garnered the band attention outside the confines of the Brooklyn music community. Wave describes them as the first proper introduction to Hello Mary. They led Julia Cumming of Sunflower Bean to laud them as her “ favorite new band” and Tonya Donnelly to call them the,”very rare band who nod to their influences while sounding completely new.” KEXP has since had them into their studios for a session. And it also led them to sign to the esteemed indie-label Frenchkiss Records.
Hello Mary – which was produced by Bryce Goggin (Pavement /Luna) – references alternative rock of the nineties alongside Elliott Smith and Jeff Buckley as influences, heard most vividly on the album’s simmering closer “Burn it Out,” but their contemporaries are bands like Palberta, Spirit of the Beehive, and Palehound, artists who don’t shy from unusual time signatures, careening feedback, and unconventional harmonies, all for the sake of surprising a listener. The album’s “Looking Right Into the Sun,” a song most honestly described as “delightful,” is driven by a tight and dynamic rhythm section that gives way to Straight’s crystalline and confident falsetto.
The album was written during a period of immense uncertainty. “We were battling things personally, the world was battling COVID,” Wave says. So there’s a darkness to it that isn’t apparent on first listen. Yet prioritizing sensation over narrative cohesion opens up the ability to make even the most lyrically devastating songs pleasurable. On the psychedelic “Spiral,” Straight and Wave harmonize to dazzling effect on the chorus, while Oppenheimer’s driving bassline tethers them to earth. “Is it a coincidence? You’re hanging out all night, while I’m on the other side,” they sing to an unknown other. “We’re singing about the paranoia that comes along with relationships, the sense of jealousy that feels like you’re on the outside of things,” Stella says. Relatability gives way to absurdity, too, an example of which arrives in the form of “Special Treat,” which opens with disarming harmonies that might recall a schoolyard taunt, or something more sinister, like the summoning of a coven. The earwormy “Rabbit” is, at its core, a straight ahead rock song that features one rock-star-esque guitar solo.
For a fledgling band, Hello Mary has enviable range, flitting between rock stylings with the ease of studied musicians. They’ve been doing this for a long time, albeit in dorm rooms and the privacy of their parents’ homes, but now they’re offering the product of hours of intimate, synergistic collaboration to the world. Hello Mary abolishes the individual in favor of collective catharsis, and though its singular meaning eludes the band for the time being, decades on it will articulate the most elusive feeling: “How it felt to be us.”