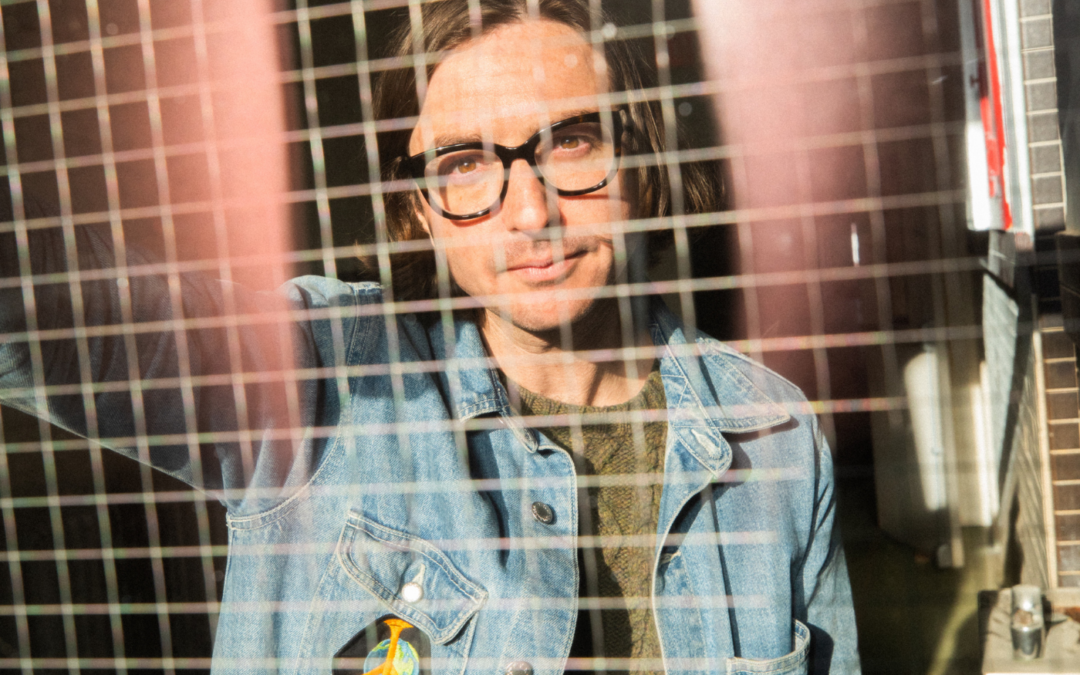 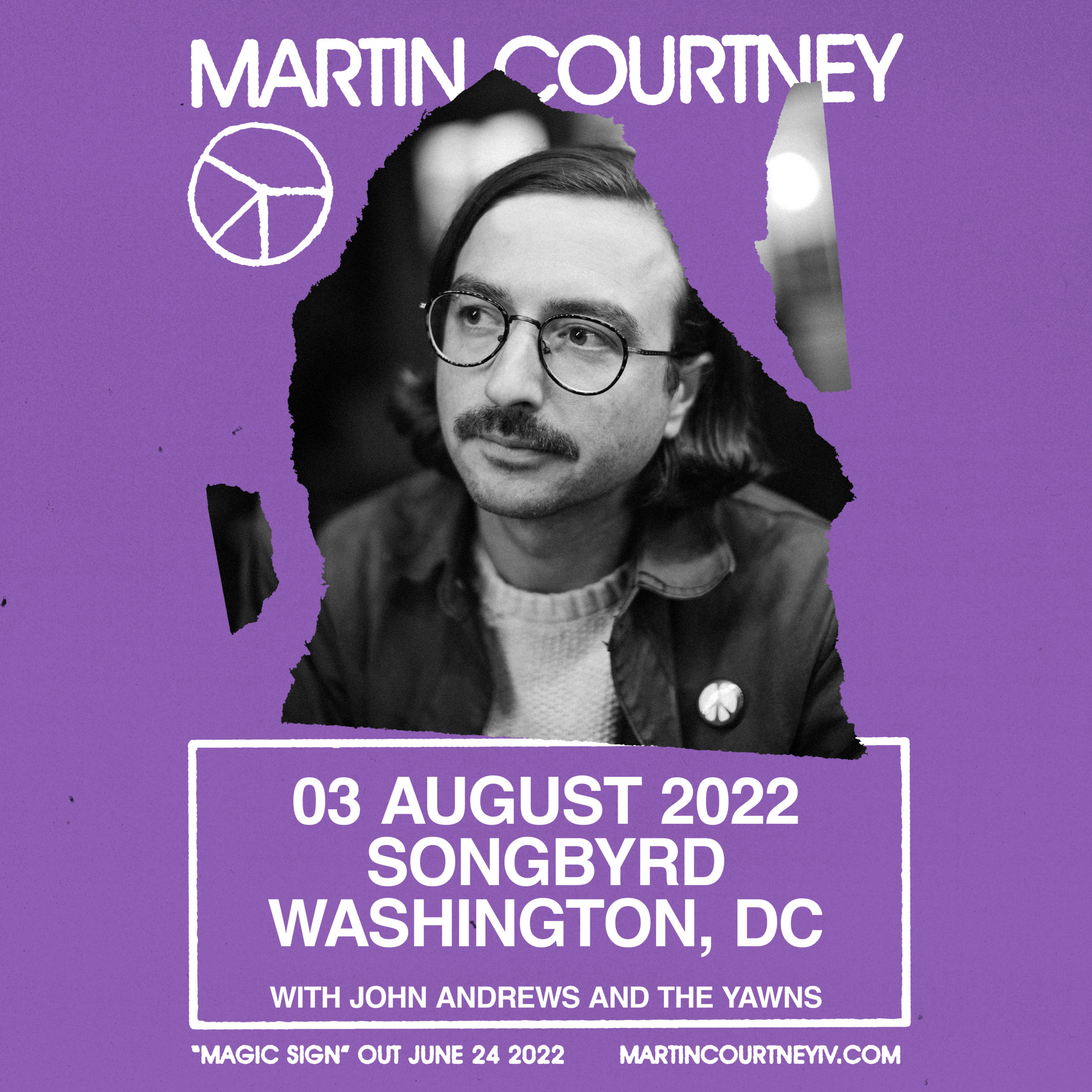 When Martin Courtney was a teenager, he knew how to get lost. In the late ‘90s and early 2000s, there’s Martin, 17 or 18, loaded into a car with friends, stoned and aimless. They’re navigating the suburban sprawl of New Jersey with no destination in mind.
It’s a densely settled wooded area, Courtney explains. “There’s so many towns you can drive for 15 minutes and have no clue where you are,” he says, sitting in his home studio in Beacon, New York, where he wrote the songs that make up Magic Sign, the second solo album from the Real Estate songwriter.
–
It opens with “Corncob,” an ode to those bygone nights. “20 minutes from your house/There are places you don’t know/Problem is if you find them/You’ll have no place else to go,” he sings over a gentle psychedelic guitar wash. When Courtney was young, he and his friends would “get thoroughly confused and look for familiar green signs with arrows pointing to towns we’d heard of,” Courtney says. “We’d call them ‘magic signs.’”
That’s the thing about magic: when you go looking for it, you start to see it everywhere. And you can hear it twinkingly throughout the 10 songs on Magic Sign. Written throughout 2020 and 2021, the album came together late at night, while Courtney’s kids slept upstairs and his wife worked overnight shifts at the hospital, a role reversal from his former days out on tour while she stayed home with their family. “I used to sit and think of you/I’d write a song or two/And passing the fleeting hours,” he sings of those days on the tender “Living Rooms,” which documents the domestic scenes that accompanied his nights writing.
–

Just like when he was a kid, Courtney didn’t set out to find a whole record, he just wandered and let the signs guide him. Eventually, those imaginary directional arrows took him from his home base to Silent Partner in Philadelphia, PA, where he laid down basic tracks with Matt Barrick of The Walkmen, then back home to expand and develop the tunes, and then to Los Angeles, where he decamped to Mant Sounds to record with Rob Schnapf (Elliott Smith/Kurt Vile) before engaging in bicoastal late night mixing sessions with the producer.

Nostalgia is naturally woven into Courtney’s sensibility. “I was singing about the good old days even on the first Real Estate album,” he laughs, noting that the “old days” were only two or three years ago at that point. Courtney doesn’t spend the entire record looking back—many of these are his most present tense to date—but a youthful exuberance does propel it forward. Courtney notes that he imagined the songs emerging in a post-pandemic world, providing a soundtrack for better days of relief and optimism.

The result is a set of songs that balance joyful abandon with late night wistfulness. “Sailboat” hums with Yo La Tengo buzziness; “Merlin” rolls with a gentle strut; the aforementioned “Corncob” ambles with a golden hued pop elegance. “It was a lot of first thought, best thought,” he says, noting the album’s improvised guitar solos, which sounds celebratory and striking. “I wanted to make music I wanted to hear, in a world that wasn’t so dark and shitty,” he explains.

That hopefulness blooms on the love song “Exit Music,” which closes the record. “Though we’re not as young as we once were/we both know we’ve still got time for sure,” he sings over chiming Feelies electric and acoustic guitars. And that’s the nature of “signs,” they’re outward symbols encountered while the journey is currently in progress. They dot the landscape of Martin Courtney’s songs, inviting you to head off in a direction of your choosing and see what you find.